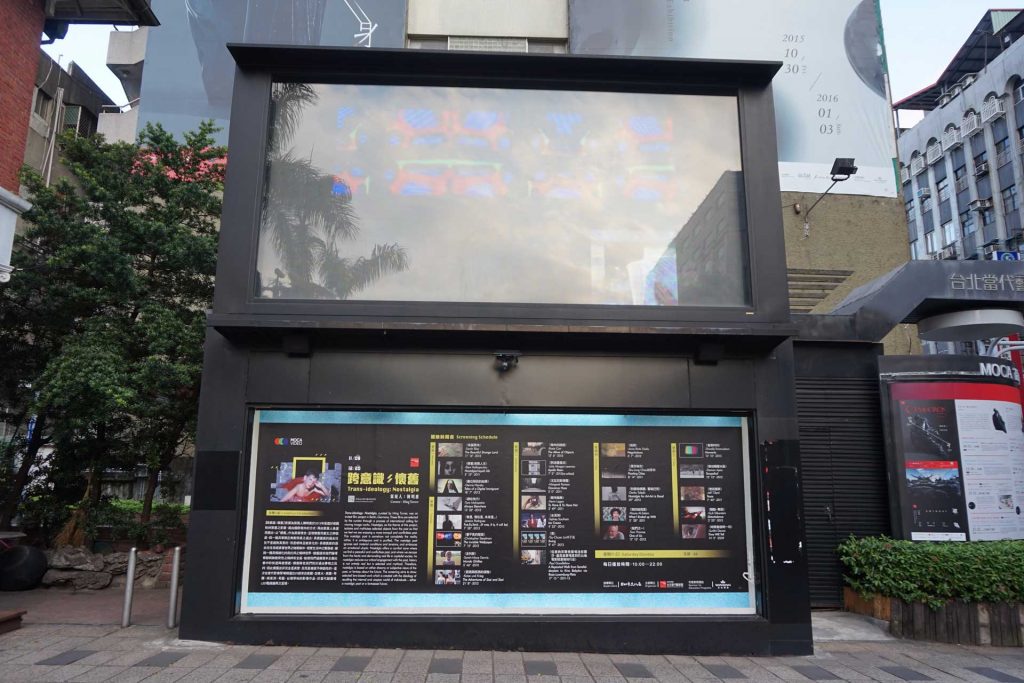 The Film Festival ‘Trans-ideology: Nostalgia‘ held in Berlin in August 2013 now in The Museum of Contemporary Art (MOCA) Taipei,  on 9 November-20 December 2015.

Moments by Sharelly Emanuelson will be screened.

“Moments” is a single screen video showing an edited compilation of personal archival footage. The images are from the recording Sharelly’s mom and Sharelly did over the course of her growing up. Her first introduction to the “camera” was through her mom since she recorded Emanuelson and her brother constantly, Sharelly then took on the role behind the camera and continued the process of recording what later would be added to her personal /family archive. In the film we experience different points in time centering around three primary geographic locations in the Kingdom of the Netherlands while simultaneously referring to diverse intervals during the coming of age of a Dutch Caribbean woman. With no particular chronological order to the specified events, it emphasizes the in-between-ness and perplexity of creating one’s own personal passage. With this work Emanuelson is working and showing personal self-made archival footage, in a world where the archival images we often see on the islands are made by the Dutch media and/or others where narratives that are portrayed are being done by outsiders, and not by the community itself. This work alludes to the importance and value that firsthand documentation can have to tell one’s experience and journey.

This error message is only visible to WordPress admins