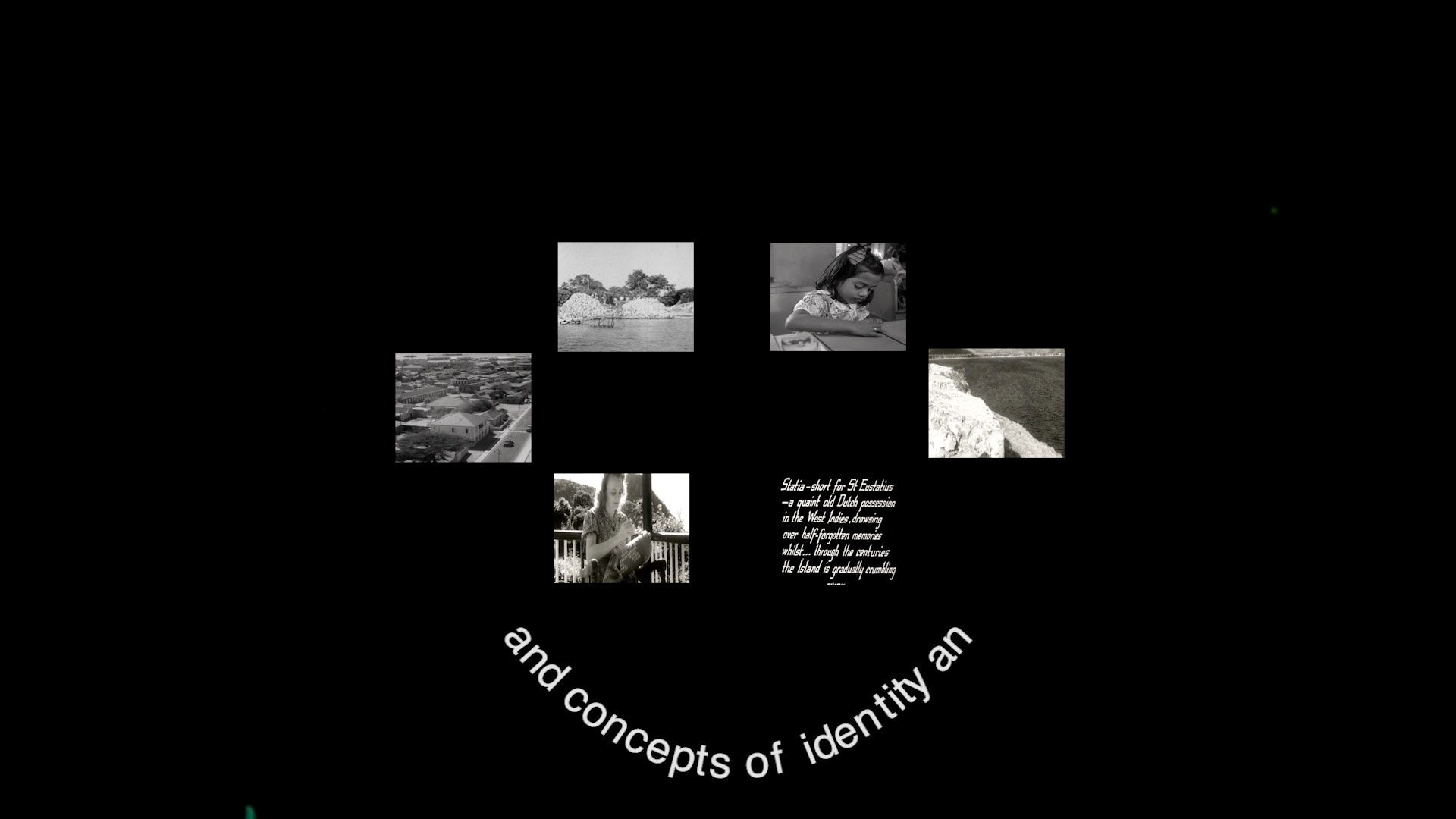 Looking at a screen is an act that turns cinema into “an apparatus of gaze” (Shohat & Stam, 1994). This act of looking gives the audience the illusion of a reality beyond what we can perceive as humans and therefore offering the audience a visual power. This effect of the visual power is described elaborately in the following quote:

The ‘spatially-mobilized visuality’ of the I/eye of empire spiraled outward around the globe creating a visceral, kinetic sense of imperial travel and conquest, transforming European spectators into armchair conquistadors, affirming their sense of power while turning the colonies into spectacle for the metropole’s voyeuristic gaze. (Shohat & Stam, 1994, p.104)

For the Netherlands the projections of the Dutch Caribbean were being made solely by European Dutch for a European Dutch audience serving a European Dutch point of view. Therefore, contributing to the formation of a collective opinion and gaze towards the formerly colonized Dutch Antilles, its landscapes and community. This can imply that there is also a common understanding of stereotypes and judgments that are projected by and for a Dutch perspective. It can then be said that cinema in the Dutch context is also used to form nationhood and national identity by presenting stories within a particular colonial context, from the colonizer’s perspective. This perspective is showing us landscapes, events and cultures that are abnormal and atypical to Dutch audiences in Europe.

So, if today’s representation and reporting is influenced by national archive material, then what type of material are we talking about and what can this material tell us? 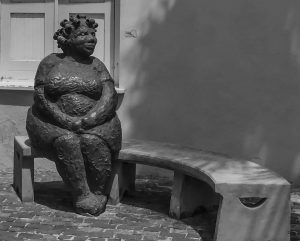 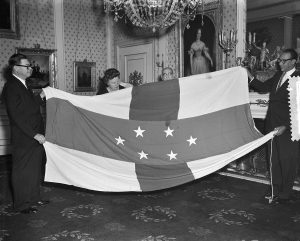 And if I “The Unintended Audience” look at this material what will I see or say?

It is inevitable to feel uncomfortable. If you are the one doing the research. If you are the one entering the archive, observing as an “unintended audience”. Looking at the images that were filmed years ago, yet today still represent part of the history that impacts you today in subtle and explicit ways. A history that has a great absence of voices similar to yours, which has made you doubt whether you even had a voice, or whether you can develop a voice of your own. A history that made you doubt you could reach your full potential, made you question your own self-worth, made you wonder whether it is even possible to coexist, with them, in your own worth. Did you forget? Or did you not know? Then ask yourself why.

It is unlikely to feel comfortable. The archive and most historic research done about the Dutch Caribbean are intrinsically linked to European Imperialism and Colonialism. If you are the one that created the images, did you think about the connection this archive material has and the power structures it upholds? If you were part of the “intended audience”, did you forget  that Holland was the last to abolish slavery? much later than by your French, English and Spanish counterparts  or did you not know? Then ask yourself why.

To not understand holistically,  revisit, rethink, rewrite of what has been done, said and filmed, is to agree with all that has been one dimensionally said about us, both you and me. To not search for other perspectives and stories that this Imperial and Colonial past had imposed is to lose ourselves. I still feel the burden of representation.

As a Caribbean filmmaker and artist who is searching to articulate experiences in and of the Caribbean, I am always navigating the uncomfortable past and the limbo of the present tense. I must always consider the insider and outsider position. My search is never just an innocent and artistic pursuit. It is never just a film or a work of art. It is always a reflection of the social and political ideologies of my experiences that are linked to the politics of the Netherlands and the Kingdom constellation and dynamics. It is always a contemplation of the effect of our history on the formation and deformation of the people, the relations between the 6 islands, social-economic situation and concepts of identity and power.

I acknowledge that I cannot speak for all of us, but I hope to speak on behalf of those who know that the Antillean experience comes from the continuous struggle of belonging and not belonging to the Netherlands, coming and going. whether it be free will, convenience  or exclusion because of ignorance, memory loss and or empowerment.  I hope to offer an additional perspective to consider what happens when I, the “unintended audience”, is looking.

Aren’t we continuing a vicious cycle to pass on the troubling imaginations of what determines your identity? Aren’t we perpetuating notions of who belongs to this nation or civil society based on a European Dutch imagination of what is valid and understood as belonging, culture & identity? Aren’t we allowing and continuing the act of patronization, the same that has been done to us too?

These images give us evidence and show us how the past was always about the land. The narrative is not about you and me, nor the ones who came before and were brought onto those lands. The land was the protagonist. It was about property and who owned it, who owned more of it.

These images are always showing us events happening on the land or to the land, mostly put in motion by the visitor, the queen, the state, the politician, the dutch military. Physical objects, that they brought with them. A plane, a ship, a camera.

These images make me think about living in a small place surrounded by water and how it seems to be an invitation for others to come in but also to leave the land. The idea of others traveling to you and you travelling away from, became a collective Antillean experience and cultural tradition. The land serves as a hiding spot, training base, port, refinery base and later on a tax haven, and a tourist paradise.

These images are all indicative of the value the land has had and how its worth has developed through time. The migration between the islands and to the Netherlands has become like Culture to us. Generation after generation of students leaving each year again is  a common thing. Our Antillean culture stems, to a large extent, from our Colonial past and present events.

These images represent the countless visits made to the islands. The Netherlands, always coming to us. The queens, our queen and now king, had fun and enjoyed themselves, in our “backyards”. On our land, once called “Islas Inutiles”. “Islas Inutiles” according to others, so we must not complain right? To us the land means the people of the land. The people that cultivated the land. Always with limitations, but also with hope.

As the “unintended audience”, I know the perception by those being filmed. The person filming is seen and understood as an intended observer, witnessing and capturing intentionally the events on the land of those being observed.

I can see that the “intended audience” within the image is actually overlooked by the observer behind the lens and only captured as an audience to the main event, taking place on the land. I know that they are not being seen because only the land is important, and because the land is important to them we had to learn that it had to become more important to us.

These images do not represent that many of us cannot think of ourselves outside of the realm of the Netherlands. We are always negotiating our identity in relation to history and context of the Dutch Kingdom. This act of continuously negotiating the Antillean identity has created a heightened  consciousness, a muscle of understanding how we are being seen and therefore also continuously learning to see others.

These images do not represent that many of us have spoken but also that many cannot speak our voice, for we have been silenced so many times in so many ways, subtle ways, ways that are difficult to comprehend, not easy to explain.

Much of what these images do not represent is what can be felt in the Antillean gaze that is returned to you. And so we oftentimes do not speak for we have seen a lot of events.