When making Hidden Transcripts (2014) I started to experiment with live set performance. I had become interested in working with the carnival setting and context as a component in my work. Within carnival the capability exists to overthrow the old and conformed order in which distinct relationships between, body, language and politics manifest. In the exhibition, I projected seven screens with old archive material produced by the Dutch Polygoon-Profilti Company showing images filmed on Aruba and Curacao. The images included visits of the two previous Queens of the Netherlands to the Dutch Caribbean. Other images showed fragments during the height of the industrial migration period from the Antilles to the Netherlands and two important political moments on Aruba & Curacao. In the same space I provided the elements such as costumes, masks and music for a Carnival to take place. I also invited 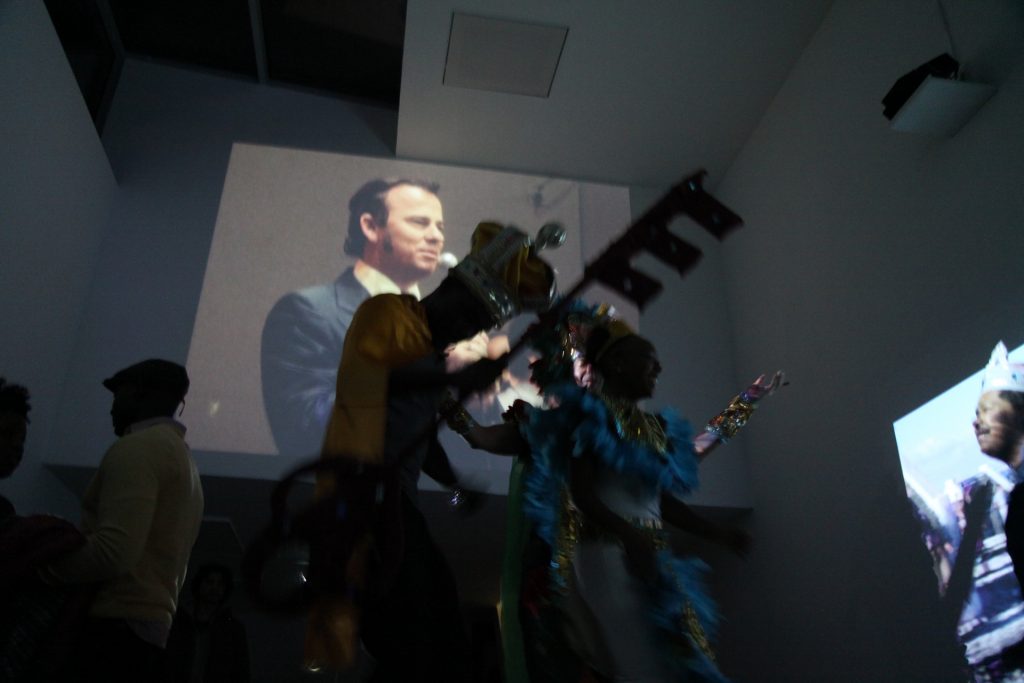 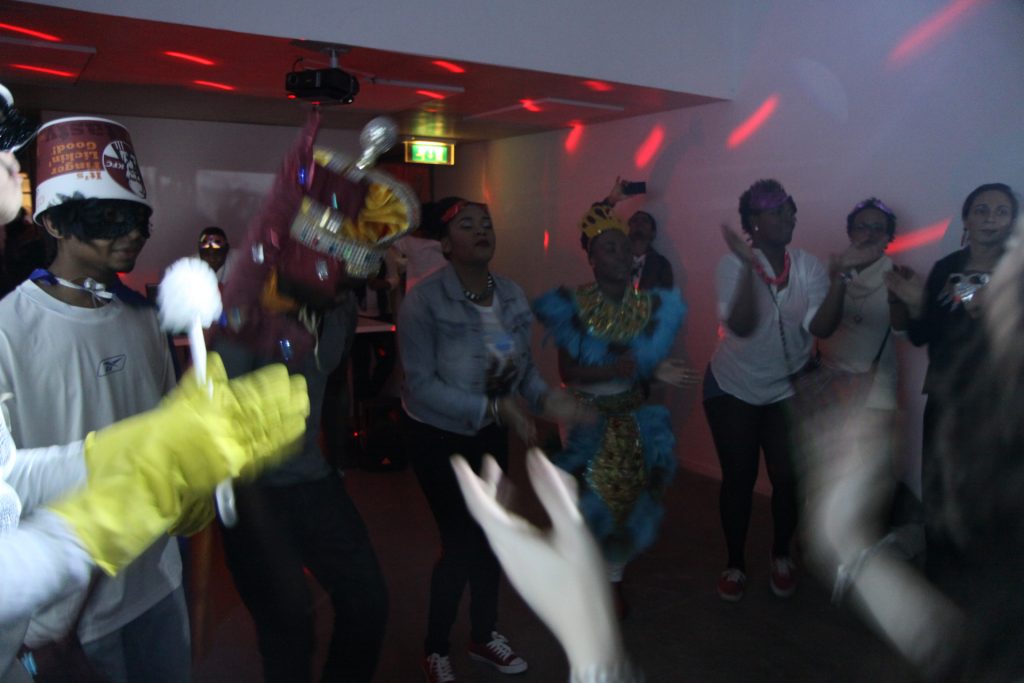 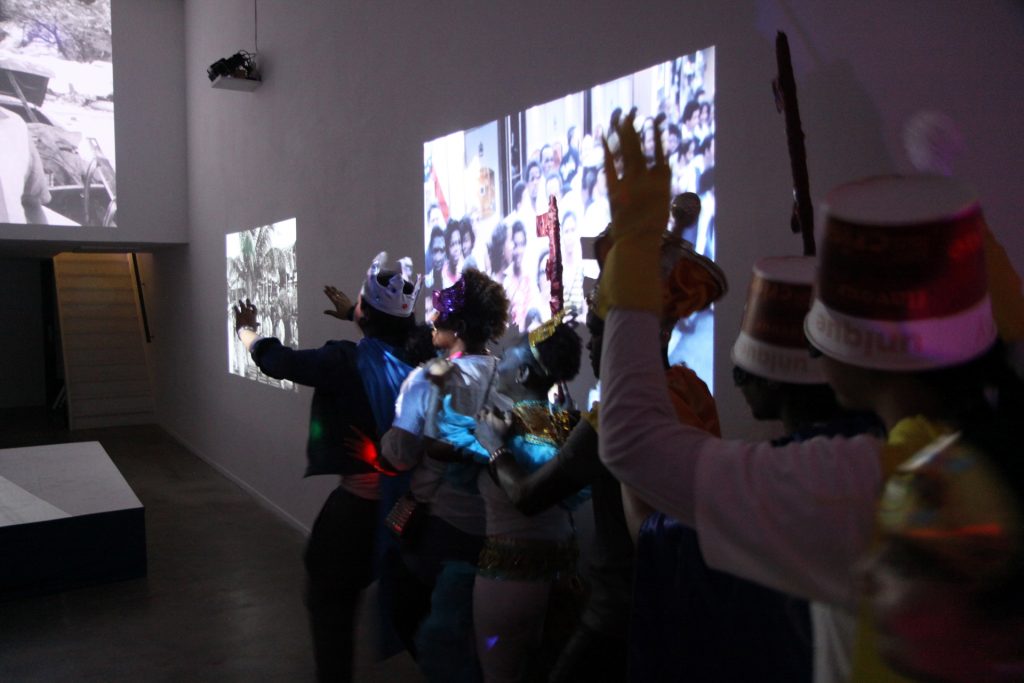 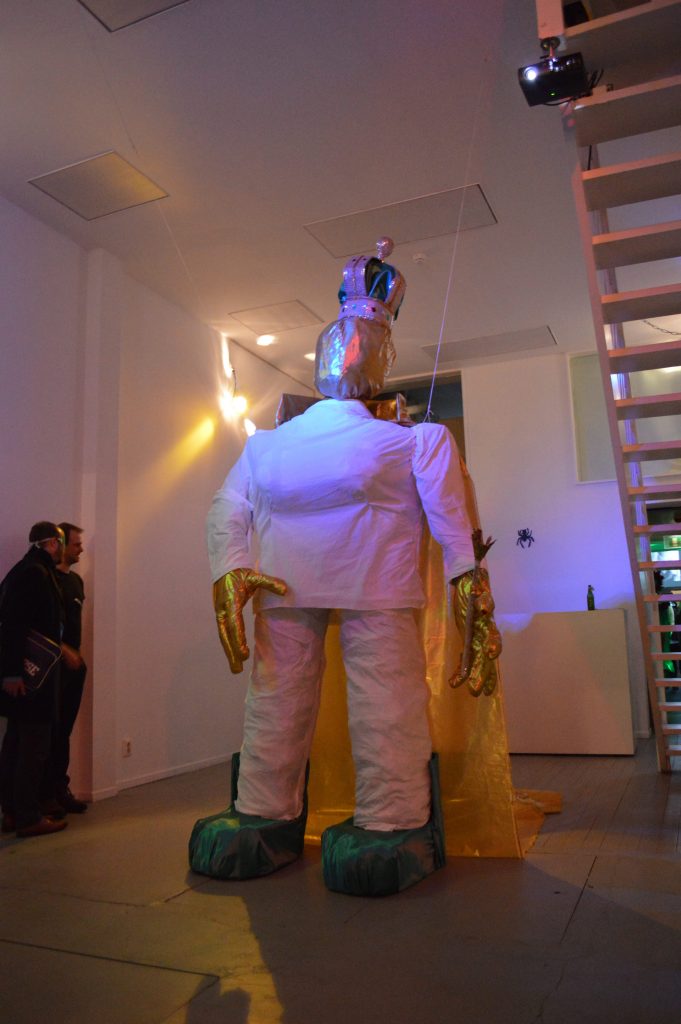